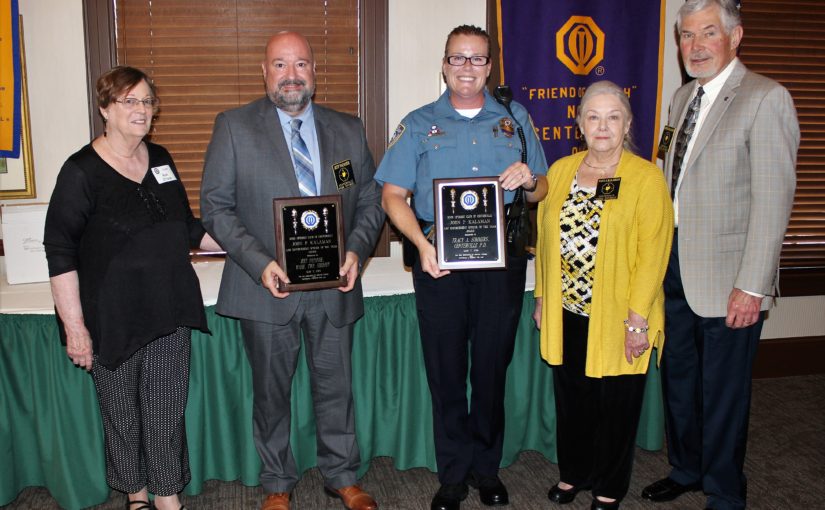 May 18, 2019, 9 AM to Noon, The Safety on Wheels (AKA Bike Rodeo) will be held on Saturday May 18th, from 9 AM to 12 Noon at Miami Valley South Hospital (RAIN or SHINE). The event is done in conjunction with the Centerville Police Department. Local police officers will be doing the bicycle checks. There will be a raffle, bicycle-based games, prizes, free helmets and gifts available. All ages of children are invited to join in for the safety and fun. They could use more volunteers. Paul Boeckman is the chair of the event. Volunteers are requested to arrive at 8:15am for assignments and remain until 12:30 for clean-up.

June 1, 2019, 9AM to 11:30 AM, the Fishing Derby, Bob Lawson said to let those planning on attend know they need to fill out the registration form and bring it to the derby. Spread the word on Facebook! Registration is between 8:00 – 9:00AM. We supply free worms however you are permitted to bring your own bait and lures. We stock the ponds with approximately 400 pounds of Catfish for the Derby. There are other fish also in the ponds – mainly Bluegills. Prizes and trophies for all.  Children ages 5-15 are encouraged to participate and try this event. The event is held at Washington Township Rec Center, in two ponds. Click here for registration form.

Jerry Stahley, chair of the OI Junior Golf Championship, is selling raffle tickets for the event. The price is 6 Tickets for $5 and the prize is a case of wine. Tickets will be available for the next few weeks.

Jerry Stahley said that on May 31, 2019 there will be a Dayton Area Optimist Club Dayton Dragon’s night for $10/ticket.

Gary Anderson kicked off this year’s John P. Kalaman Respect for Law Award. We honor one law enforcement person from the Centerville Police Department and one from the Washington Township Sheriff’s Department each year.  Gary introduced the honorees and their guests.

Bob Burkman spoke to us. He thanked Gary Anderson and Jesse Gaither for producing the brochure on our tables showcasing the two award recipients. You can read the brochure here. The brochure details the accomplishments of the honorees and the history of the John P. Kalaman Respect for Law award.

Bob Burkman discussed the history of the award

After the tragic events of January 12, 1998, Centerville Noon Optimist member and then township trustee, the late, Terry Blair became the driving force to name our club’s Respect for Law Award in honor of John Kalaman.

There are many reminders of John Kalaman within our community.  There is a John P Kalaman Memorial Golf Tournament held here at Yankee Trace Golf Course, which funds a scholarship in John’s name and a yearly blood drive is held in his name.  The City of Centerville named a street for him.

Gary Anderson introduced Centerville Police Chief Matt Brown who spoke to us about honoree Officer Tracy A. Sommers. Sommers is being honored for 20-years of serving her community. She has held positions as an ALICE Instructor, School Resources Officer, and an advisor to the Centerville Police Department Explorer Program and has taken part in Honor Guard. Tracy also is very active in coaching and mentoring the youth of the community both on and off duty.

Each year the department asks employees to nominate one of their own for this award. It is something to look forward to each year and they all appreciate CNO for sponsoring this recognition award for excellence. Chief Brown told us that Officer Sommers is always willing to help with anything she can. She works with kids in schools in Centerville. She has made several trips to Columbus with kids in the Explorer Club for competitions.

Officer Tracy A. Sommers spoke to us and thanked us for this award. She also thanked her fellow nominees and coworkers. She said the other nominees were just as deserving of this award as she is.