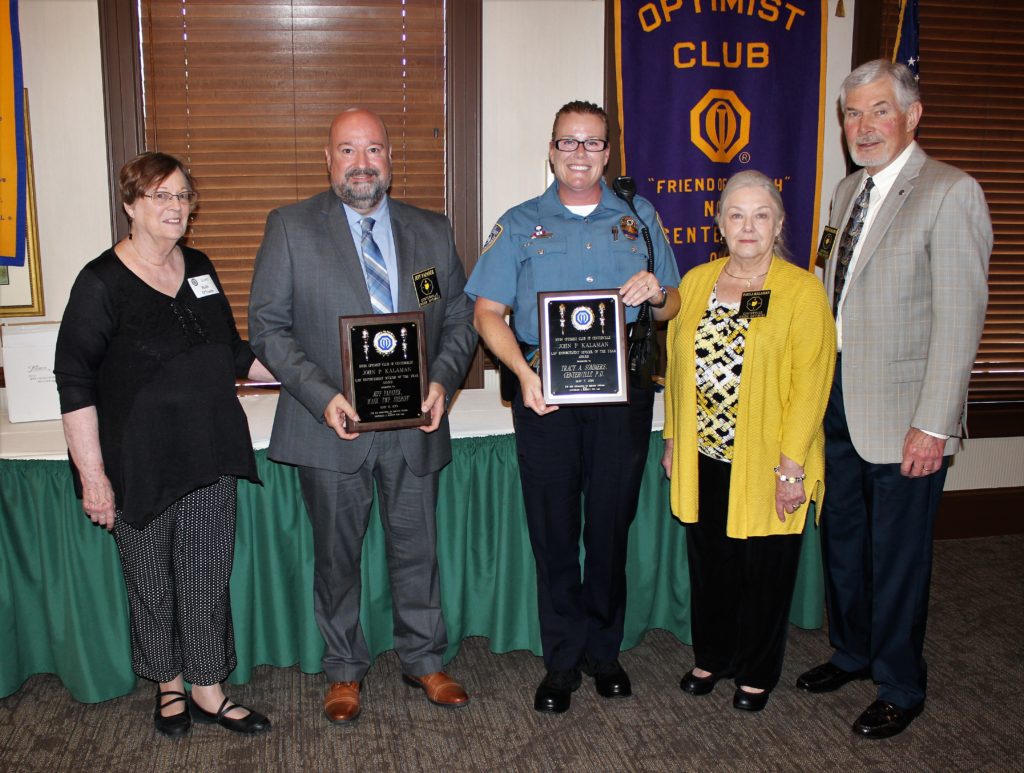 In July 1965, a discussion between Past Optimist International President Carl Bowen and former FBI Director J. Edgar Hoover resulted in the birth of the Respect for Law program. This is the fourth most popular international program with more than 1,500 Clubs participating last year. After the tragic events of January 12, 1998, Centerville Noon Optimist member and then township trustee, the late Terry Blair became the driving force to name our club’s Respect for Law Award in honor of John Kalaman.

Phather Phil’s Prayer With Spring in full swing and the memory of the cold winter gradually fading, I’ve often thought it would have been great if you made us to go to sleep at the start of winter and wake up in the Spring, just like You do for Mother Nature. Was that in Your plan …

Phather Phil’s Prayer Heavenly Father I wonder how many of us ever think if You get any pleasure out of the way we are living our lives. We all make mistakes, it’s the way we learn. We have learned that mistakes can be very costly, especially if we don’t learn from them. So help us Lord …