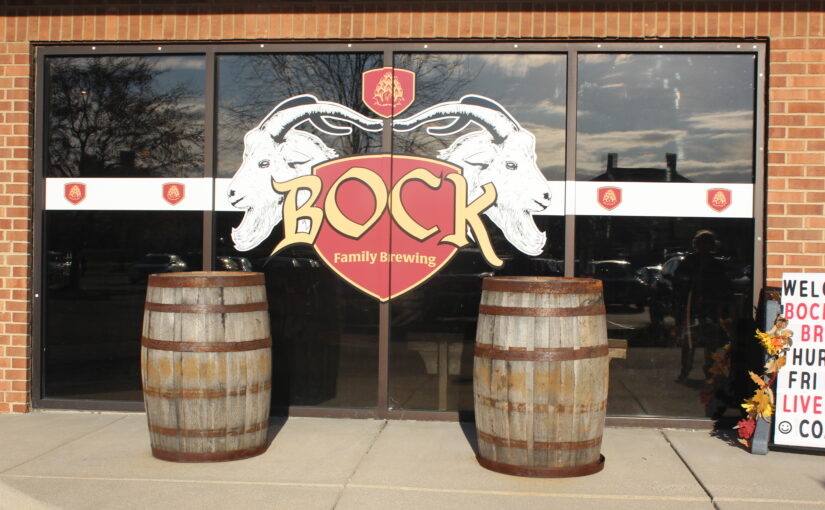 The venue for tonight’s CNO 2.0 meeting was Bock Family Brewing, located at 8150 Washington Village Dr, Centerville, OH 45458. Thank you to the team at Bock’s for the space and service.

Greg Griffin inducted new member McKenzie Morin as the newest member of CNO 2.0. McKenzie’s sponsor is Bill Stone. McKenzie was the founding president of the original University of Dayton Optimist Club 16 years ago. Currently, McKenzie is the Senior Associate Director for Alumni Constituent Programs at UD and is the co-advisor this year for the new UD Optimist Club with Kelly Stone.

Flyin’ to the Hoop, Eric Horstman

Greg Fay introduced Eric Horstman, the founder and president of Flyin’ to the Hoop. The Flyin’ to the Hoop Invitational is an annual tournament of 34 high school teams playing 19 games at the James S. Trent Arena in Kettering, Ohio. Outstanding teams with future NBA stars are invited from all over the U.S. The tournament runs for 4 days each year. The 19th annual event will be January 14-17, 2022. As of June 2021, 87 participants in Flyin’ to the Hoop have played for the NBA. This year, 10 of the 34 teams playing are from the Dayton area. The economic impact for the Dayton area is $1.9 Million each year.

Eric was raised in Troy and currently resides in Springboro. He earned his Master’s in Environmental Engineering. He was making good money at the Mound Laboratory, but 25 years ago he switched to Sports Marketing. The tournament got started because Dayton area basketball coaches challenged Eric to start an invitational basketball tournament.

Flyin’ to the Hoop is the second biggest high school tournament in the world. The only one ahead of it is the Hoophall Classic in Springfield, Massachusetts near the NBA Hall of Fame where there are a lot more people. Both annual tournaments are held over Martin Luther King Jr. weekend. The two tournaments cooperate each year so that some of the teams can compete in both tournaments.

Tickets are only $20/day. You can see 2 games on Friday, 6 games on Saturday or Sunday, and 5 on Monday.

The high school coaches that have gone to both tournaments always say that the accommodations and ease of access is much better in Dayton. Flyin’ to the Hoop’s venue at Kettering’s Trent Arena holds twice as many people as the Blake Arena where the Hoophall Classic is held.

Flyin’ to the Hoop pays all the expenses for the teams and coaches. This includes flights, lodging and food. They did, however, tell Finland they would need to cover their flights.

Each year, 150 teams contact the organization to try and get an invitation to the tournament. Each year there are about 5, 5-star players and 40, 4-star players among the teams. The only team that gets to be in the tournament every year is Kettering, since it is the home team. Some teams think they should be invited every year, but the organization spreads invitations around.

Each year there are several kids that get offered scholarships to college based solely on their performance in a game in this tournament. Eric said that the exposure works.

Many ask why the University of Dayton or Wright State University with their larger stadiums have not been chosen to host the event. Eric is very happy with Trent Arena, but even if he wasn’t there are NCAA rules that don’t allow private high school tournaments to be hosted by colleges as this might create an unfair recruitment advantage for the college.

Thank you, Eric Horstman, for telling us about the annual Flyin’ to the Hoop basketball tournament.

Greg Fay, the chair of CNO 2.0, said he was so thankful for all the guests and members that came to tonight’s meeting.

Greg Fay said that CNO 2.0 is a club within a club of the Centerville Noon Optimist club. CNO (and CNO 2.0) is a world class service organization. Being a member of either club allows their members all the same opportunities to participate in fundraising and club activities. CNO 2.0 was created about 4 years ago and is very much a part of the 53-year-old Centerville Noon Optimist Club. CNO has given away over $2 million during its history. CNO is a group of like-minded members that are passionate about helping youth and having fun in the process.