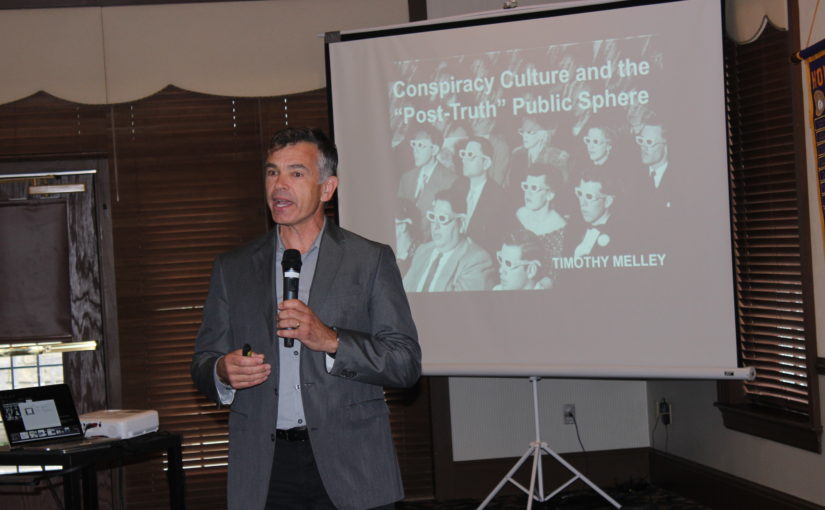 Heavenly Father, In my studies I’ve learned that to travel in the country of God’s care is to believe that You give and to receive Your care is an adventure of the soul in the practice of prayer. Prayer is a simple way to unlock the door to visit with You. Our needs and blessings are many so there is no end of the opportunities for prayer. We all have habits, so help us Lord to establish the habit of prayer. But we need to remember that You see to it that the birds have food but You don’t throw the food into the nest. Amen!

The 50th Anniversary Party is on Tuesday, June 19th at Canopy Creek Farm.

The 70th Annual Ohio Optimist District Convention is August 16-18th. To receive discounted pricing, registration forms need to be to Cherie Gentry or Gary Smiga prior to Friday, June 15th.

Golfing foursomes have been finalized for the golf outing next month. We still need additional sponsors.

There is a Childhood Cancer Committee meeting on Thursday, June 14th at Panera Bread on Main Street at 6:30 pm.

OptiGear is on sale through Laurie Poeppelman. These items will be on sale during the month of June. See Laurie directly to place an order.

Thank you to the 121 helpers with the Avenue of Flags. Teams are distributing over 1900 flags today in honor of Flag Day. Flags will be brought back in Friday. Thanks to all and especially the 70 Optimist members and their families.

Today, June 12, 2018 was Mike Wall’s birthday and he was present. Charlie Tapp directed us again today in singing Happy Birthday for the 2nd straight week. I’m pretty sure I don’t know what the actual melody for Happy Birthday is anymore! It should come as a great relief that no one’s birthday is on June 19!

“Riley is a senior at Springboro High School interested in pursuing a career in diplomacy, public policy, and law. Originally from Thailand before moving to Southwest Ohio, his favorite subjects in school are statistics, government, history, and English, and his hobbies are volunteering, reading, writing, playing baseball with his brother, and making silver jewelry with his grandfather.”

“Once you hear Riley’s speech, I think you will agree that he has a bright future ahead of him, and that the District is well represented. Please welcome Riley Weisman.”

This year’s topic is, “Where Are My Roots of Optimism?”

Riley gave his speech and here are a few statements. His story begins with his early childhood and an early life of poverty. His mother was the only parent providing his existence. She is now a nurse practitioner. The first 7 years of life were difficult, but through optimism and eating a lot of Ramen Noodles he made it through. He said good came through his struggle. Ignore the pessimists who say to not dream big. Set goals and if you fail at reaching your goals, don’t worry, keep trying. Optimism gives hope to our safety providers, not that everything will always go well, but that we will become better people. When asked about his roots of optimism, Riley said his mother, ignoring pessimism and looking toward a brighter future.

There will be a chance to view a live stream of the Optimist Oratorical World Championships on June 27-29, 2018. This link has the details of the event and will have a link to view the live stream.

Mike Bevis introduced Timothy (Tim) Melley, PhD, author, and a professor at Miami University for over 20 years. He and his wife reside in Cincinnati Ohio. He is a Professor of English and Affiliate of American Studies and is the Director of The Miami University Humanities Center.

Tim’s subject today was “Fake News”. It included some of the sources of various conspiracy theories reported as facts.

Brief quote from his talk, “We live in a Post Truth Culture. Objective facts are less important than feelings. Mainstream news is now less important than real news or social media. Deliberate propaganda is being spread. Conspiracy theories are everywhere. One of the biggest is the moon landings were faked. Many conspiracies relate to state secrets.”

If you google, “Tim Melley fake news”, you will find articles and summaries written by or related to Tim’s talk today.

Scroll down in this article to “Tim Melley” and see a synopsis of today’s presentation he gave at Miami University in Oxford, Ohio.

For the ending theme, he shared, “It is no surprise conspiracy theories thrive in a society where there is so much that is unknowable and with all the constant reminders from our entertainment.”

When Tim gave this speech at Miami University’s Winter College, it was 90 minutes. He did a great job of condensing it down to 30 minutes so it would fit our lunch’s schedule.

Thank you to Tim for taking the time to inform and entertain us.

One example of many where Tim is quoted by an author in their article. This is from the Arab Herald concerning the ‘Deep State’.